The Mystery of Naked on My Goat: Schopenhauer, Proust, Goethe, and Louise Brooks

The legendary, yet tragically overlooked silver screen actress, Louise Brooks was mostly admired for her hauntingly graceful beauty. For those looking to find a deeper appreciation for this woman of remarkable talents, there is certainly more than meets the eye. Louise Brooks was much greater than her mere physical appearance alone. It is her intellectual talents that are the most underappreciated. Here, we take a look into her impressive intellect.

The Actress who Read Proust and Schopenhauer

When growing up, Louise Brooks’ father was such an avid collector of books that he was literally sinking the family home with the weight of his cavernous private library. Her father would often retreat to his library and into the comfort of his extensive literary collection.

Her mother was also clearly quite educated. One of Louise’s early memories was of breaking a piece of her mothers’ china. The only reaction her accident elicited was not to interrupt while she was reading Bach. Such was the early life of the girl who would become one of the most revered actresses of the silent film era.

Keep in mind that for a woman, let alone a film actress, to be reading the like of Proust, Goethe, or Schopenhauer was considered nothing less than a marvel at the time. Remember, other greatly talented actresses like Hedy Lamarr, also had an impressive intellectual range. One that at the time was largely dismissed as her physical beauty took center-stage, leaving her other talents in the distant foreground. At the time, the world, the world of men more specifically, had no interest in the astounding intellect of such actresses.

The Girl Who Quoted Proust

As a young actress, Louise Brooks stood out to men in the film industry as the girl who read Proust. Her readings of Proust was one of her most pronounced characteristics intellectually. It brought her respect, although it was considered something of a novelty. Already expelled from the world of the living by 1922, Marcel Proust was considered one of the most authoritative writers on love. He left a profound intellectual legacy in his literary work which was not lost on bright young women like Louise Brooks.

It is her readings of Schopenhauer in particular that come through as we can see how strong his influence was in her. In the novel ‘The Chaperone’ by Laura Moriarty, the author depicted Brooks already voraciously consuming the wisdom of Schopenhauer’s famed essays at the young age of 15. One can scarcely imagine nearly any actress today reading such deep and thought-provoking material at that age. While Moriarty’s depiction belongs in the realm of conjecture, Brooks was clearly well-versed in literature at an early age regardless.

Her copy of the essays included a personal bookplate and was well-worn from use. When on the set of ‘Pandora’s Box’ in 1928, a young Louise Brooks was spotted reading Schopenhauer’s, ‘Aphorisms’. When seen reading such an intellectually stimulating book, she was met at first with disbelief. No one surmised that she could be reading such a work out of genuine interest and it was once proposed that it was a publicity stunt. Doubters were proved most incorrect as her commanding knowledge of Schopenhauer was made known throughout her life.

Schopenhauer is noted as one of the first German philosophers to take eastern thought into consideration. As such readers like Louise Brooks were exposed to broadened horizons.

Under these broadened horizons, Louise Brooks would have been exposed to Buddhist thought through Schopenhauer’s references to it in his philosophical writings. His outlook was one of a competition of the Will in which was essentially endless and full of suffering.

When Kenneth Tynan wrote his beautifully crafted essay, ‘The Girl in the Black Helmet,’ he noted a towering pile of books on a stool in her home. Among the authors gracing her stool was Schopenhauer.

Esoteric Meanings, Literary Influences, and Goethe, ‘Naked on My Goat,’ the Autobiography That Never Was

At one time Louise Brooks set out to write an autobiography to encompass the breadth of her most intriguing and undeniably extraordinary life. We will never be fortunate enough to get a glimpse at it however as she burned the manuscript in horror. Overwhelmed by pudeur, she shut it down.

In an article she penned in 1977, ‘Why I Will Never Write My Memoirs,’ Brooks indicated the inhibiting influences of the complex cocktail of Midwestern morality. Plagued by a preoccupation with guilt and sin it was this Midwestern thinking that was to prevent her from divulging the sort of passionate details that would be necessary for a proper autobiography. Brooks believed that to craft a truly engaging autobiography, one has to shed light on one’s loves and hates, desires and so forth. Brooks summarized her predicament in saying, ‘I cannot unbuckle the Bible belt.’

However, she did leave us some precious insights which can be found in ‘Who is the Exotic Black Orchid?’ an unpublished account for her autobiography. We can also find some rare excerpts from, ‘Naked on My Goat’ in Barry Paris’ biography on Louise.

In the excerpts that remain, readers hoping for more references to the likes of Proust and her beloved Schopenhauer may be found wanting. Those looking for the influence of Goethe, however, will be most pleased. Regardless, what remains of her autobiography offers us an even deeper impression of her mind.

It should be noted that in writing ‘Naked on My Goat,’ Brooks weaved in traces of Goethe whose writings she knew well. The title itself refers to a passage from Goethe’s masterpiece, ‘Faust’ that dark and mesmerizing tale of the man who sold his soul to Mephistopheles.

The passage is from one of the Walpurgisnacht scenes featuring the Young Witch’s speech. In her speech, she sat naked upon a goat bragging of her glistening youth to an older witch. The latter reminded the former that youth and beauty fade with time and emphasized the inevitable progression of rot.

From Explosive Popularity in the Roaring Twenties to Obscurity and Then Rediscovery, the Journey of Louise Brooks

The life of this extraordinary soul experienced some dramatic ups and downs. Being launched into success and the fulfillment of her wildest dreams throughout her youth in the 1920s, Louise Brooks was the toast of the silent film world. Later on her acting career, in part due to her refusal to lessen herself by romancing the film producers as many other actresses have done, came to a halt.

Other important achievements in her life include when she launched her own dance school. She also published one of the most treasured and authoritative texts on dance in 1940 when she wrote, ‘The Fundamentals of Good Ballroom Dancing’.

In 1955, her work was brought into the light again when Henri Langlois featured a period-poster of Louise Brooks by the entrance to a French film exhibition. Triumphantly, he declared, “There is no Garbo. There is no Dietrich. There is only Louise Brooks!” Even today, the statement has a certain appeal and is hard to argue with.

Also in 1955, she was truly rediscovered by James Card, film curator of the George Eastman House, the oldest photography museum on the planet. Mr. Card invited her to Rochester, New York and brought back into the light before her passing in 1985. In the late 1970s, famed film critic Kenneth Tynan, a long-time admirer of the actress, visited her in person. The result was one of the most revealing and captivating publications on Louise Brooks’ life when he wrote, ‘The Girl in the Black Helmet’. The essay was featured in The New Yorker and was well received.

Before her passing, she published, ‘Lulu in Hollywood,’ a marvelous collection of autobiographical essays in 1982.

In 1985, we lost one of the brightest stars to shine through the silver screen. Her talents, as an actress, writer, and dancer were among some of the most pronounced of her generation. In knowing the extent of her intellect, we can greater appreciate her work when visiting the lost worlds of silent film. It is within these lost worlds bound by celluloid that Louise Brooks still reigns. From the distant confines of these films, she remains as young, beautiful, and sharp-witted as ever. The films of Louise Brooks will live on for as long as there are devotees to preserve them. 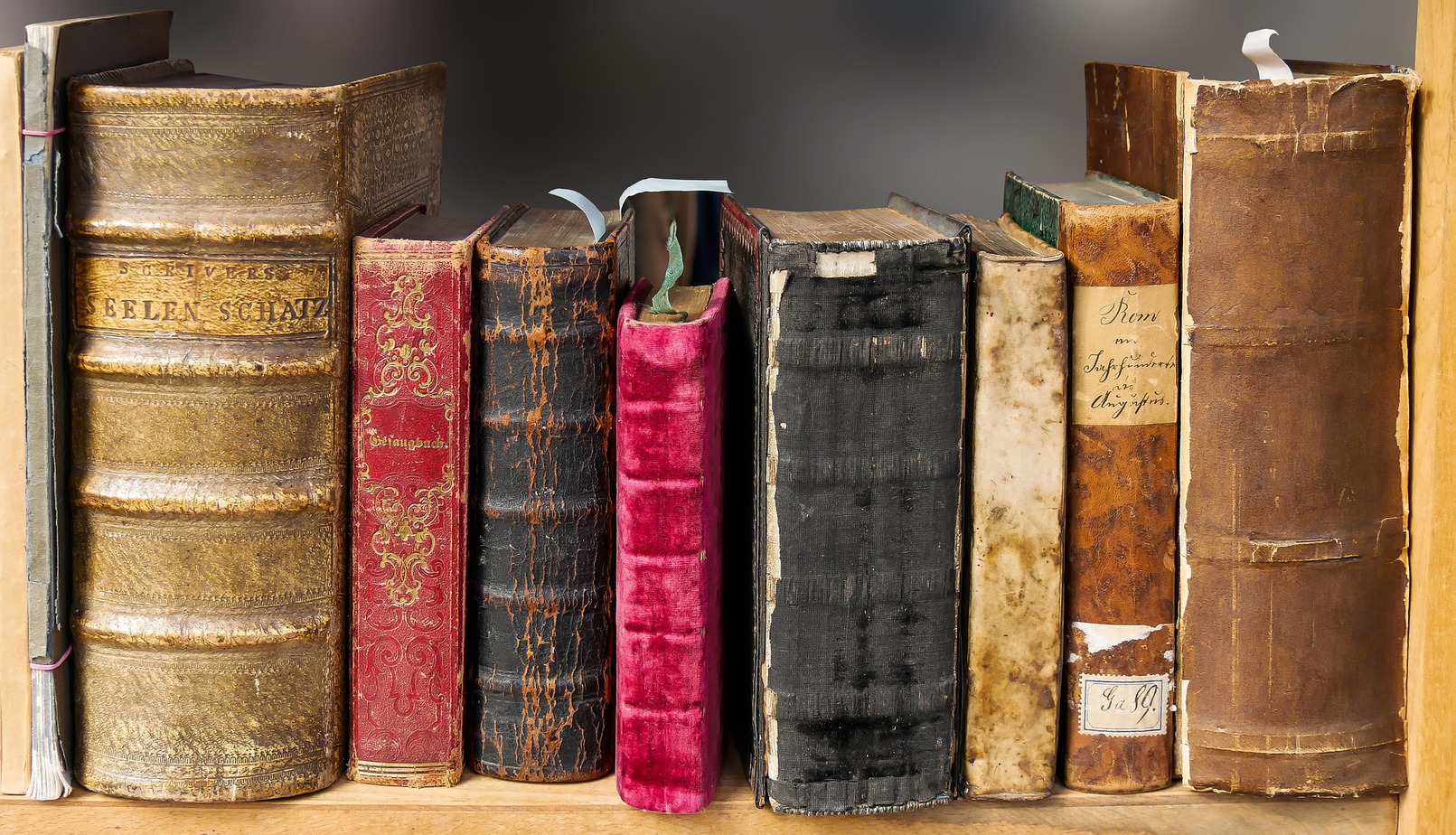 “It should be noted that in writing ‘Naked on My Goat,’ Brooks weaved in traces of Goethe whose writings she knew well. The title itself refers to a passage from Goethe’s masterpiece, ‘Faust’ that dark and mesmerizing tale of the man who sold his soul to Mephistopheles.”