If I ever bore you, it’ll be with a knife.

Vintage Brooks is dedicated to celebrating the life and accomplishments of famed actress and dancer Louise “Lulu” Brooks. Here you’ll find enlightening articles, posts, and biographical information about the woman who was a film and dance icon during the course of her exciting life. Between joining the Denishawn School of Dancing and Related Arts in 1922 to her Lulu in Hollywood memoir, her experiences has made a mark on the entertainment industry.

This site is also home to the Naked on My Goat blog, where we write all about the life and career of Lulu, as well as provide insight into the world in which she lived. From film analyses to posts about the directors and dancers that were integral to the artistic landscape during the early 20th century, we have it all.

The Life and Genius of Louise Brooks

Louise Brooks was born in Kansas but eventually made her way to New York City. It was there that she danced her way onto the stage with the Denishawn modern dance company in L.A. before joining the Ziegfeld Follies on Broadway. Her film career began when Paramount Pictures signed her to a 5-year contract in 1925.

She starred in Pandora’s Box and Diary of a Lost Girl, both directed by G.W. Pabst, as well as dozens of other silent and sound films. Lulu, as her fans affectionately call her, was known for not only her bobbed haircut and distinct flapper style, but rebellion and sexual liberation, which she was not afraid to share.

Beyond her skills as a dancer and actress, Brooksie loved writing and immersed herself in the arts. Her written works include personal journals, unpublished essays, and the autobiographical Lulu in Hollywood. She took the title for her autobiographical short story Naked on My Goat from Johann Wolfgang von Goethe’s Faust, and after working on it for a number of years, Brooks destroyed her own manuscript before it could be widely shared.

Arthur Schopenhauer was a German philosopher and author, the works of whom Brooks read over the course of her lifetime. This connection is mentioned in Barry Paris’ Louise Brooks biography; he details an encounter between German-French film critic Lotte Eisner and Brooks on the set of Pandora’s Box. Eisner noticed Brooks in the corner reading Schopenhauer and mistakenly thought it was a publicity stunt when, in fact, she read his works on a regular basis.

Schopenhauer’s appreciation for the arts was most evident in his written work entitled The World as Will and Representation, published in 1818. In it, he asks, “But what kind of knowledge is concerned with that which is outside and independent of all relations, that which alone is really essential to the world, the true content of its phenomena, that which is subject to no change, and therefore is known with equal truth for all time, in a word, the Ideas, which are the direct and adequate objectivity of the thing in-itself, the will? We answer, Art, the work of genius.”

Schopenhauer once said that Goethe’s second novel Wilhelm Meister’s Apprenticeship was one of the four greatest ever written.

Francois Rabelais, a French writer and priest, was author of the book The Works of Rabelais Volume 2. He died in 1553 in Paris. Frank C. Papé later went on to illustrate this collection, which was published in 1927, and was said to have used one of those illustrations to create a bookplate for Louise Brooks (page 180), which is featured in our collection.

This unique line of artwork from Vintage Brooks is inspired by Brooksie’s fascination with Schopenhauer and her desire to think outside the box of societal norms. Her self-assuredness and independence made her not only an unmatched silent film star, but also a contemplative woman of her time.

NAKED ON MY GOAT BLOG

The Naked on My Goat blog is devoted to silent movie star Louise Brooks who was as much a screen icon as a personal enigma. Brooks curiously incinerated her unpublished biography, while the Lulu role she immortalized during her Hollywood zenith may suggest, in some ways, a Faustian bargain along the lines of Goethe. 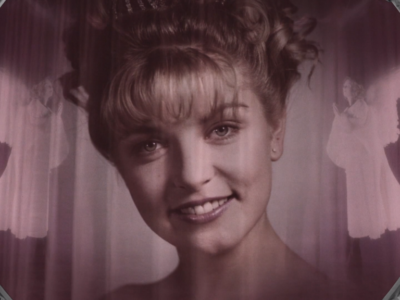 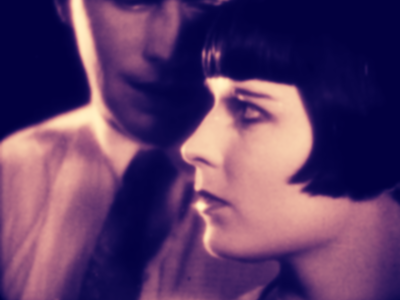