The Fundamentals of Good Ballroom Dancing

For those fortunate enough to know the name Louise Brooks, the very mention of her stir the curiosities like one would stir a Manhattan. Many would be pleased to know that Louise Brooks, a woman of many talents, went far beyond the confines of acting. She was also an accomplished and exceptionally talented dancer and writer. Here we will cover one of her most delectable publications, ‘The Fundamentals of Good Ballroom Dancing.’

Many will know Louise Brooks for her outstanding work in silent film. Movies like ‘Pandora’s Box’ still carry great importance and are deserving of study today, nearly 100 years later.

If one takes the concept of the Renaissance Man to be someone possessing many talents, Louise Brooks was a Renaissance Woman. We’re talking about an age when women were subjected to conformity and had excruciatingly limiting restrictions placed on their careers. Louise Brooks not only led an amazing career, but she also set an example. Here’s a glance into one of her finest literary works, ‘The Fundamentals of Ballroom Dancing’.

What to Know About ‘The Fundamentals of Good Ballroom Dancing

Before delving into the content of this extraordinary work, we’ll take a little detour into her experience as a dancer, to, set the stage as it were. Louise Brooks was formally trained in dance in Wichita, Kansas, not from her birthplace of Cherryvale.

We can only imagine the excitement of learning dance in such a time. It was the sweet spot between the turn of the century and before the horrors of the second-world-war. To be young in those days, for some, would be much more thrilling than in today’s world, even with the marvels of telecommunications and modern technology.

It is at this time that Louise Brooks became educated in the art of dance. Armed with this knowledge and a thousand experiences in between, she gained the authority to write a commanding text on ballroom dancing. Her work in ‘The Fundamentals of Good Ballroom Dancing’ ring true today and has been cemented as one of the most insightful works on the subject to date. Her firsthand experience is so priceless and inimitable, that it makes for a truly one of a kind work. The book itself is Art.

In 1922 she went to live in New York. The fateful decision led to the opportunities that fueled a spectacular career, the kind that most of us can only dream of. We will never see times like those again. They belong to history and there they lay, still rumbling with the rancorous roaring and Jazz Age lives that were the 1920s.

• The Fox Trot – A very smooth dance, has its origins in the warm summer of 1914, from the mind of Harry Fox.

• Waltz – a crowning achievement of Western civilization, it was created between the 13th and 18th centuries in Germany and Austria before becoming one of the most popular dances in the world.

• Tango – an influential and passionate dance born on the sunny streets of Buenos Aires  Argentina, and Montevideo Uruguay.

• Rumba – is a Cuban dance that was made popular in England when Monsieur Pierre after visiting the island nation through the ’40s and ’50s.

Among these highly respected dance forms, she also delivers a breathtakingly eloquent dissertation on the rules and dance floor etiquette.

Louise Brooks’ Teachings on These Dances

When relaying her teachings on these dance forms, she goes over the steps for both men and women, giving readers all the information they would need to dance. In doing this, she is remarkably concise. It could be said that a single page of her book on the foxtrot is worth a whole volume on the subject by anyone else.

On the foxtrot, she notes that the musical style typical of the dance is easy to identify, however it can still be quite difficult to pick up the beat as the tempo is so varied.

She described the waltz as one of the most beautiful dances. Describing the way waltz dancers dance on their half-toe she remarks that they rise and fall like nutshells in a heavy sea. It is passages like these that make Brooks’ work so moving and genuinely extraordinary.

Reaching Out to Generations of the Future

The incredible work of art and knowledge that is Louise Brooks’ ‘The Fundamentals of Good Ballroom Dancing’ still has lessons to impart to today’s readers. Such an authentic work from someone who truly lived in the time when these dances were at their best is worth far more than anything more recent.

People may never live or dance with the same amount of both flair and precision again, making her work a window into a glorious past to fill our dreams. Readers will be drawn into the depths of a lost world and empowered with the teachings to bring a small spark of that world back to life.

In our closing remarks, we leave the reader with one of the most basic yet profound passages of her book. When outlining the rules for ballroom dancing, Louise Brooks told her acolytes of dance to never take one’s feet off the floor. It can be said with some accuracy that she never did, as a woman of many talents, she graced the silver screen, and the printed page as well as the dance floor. 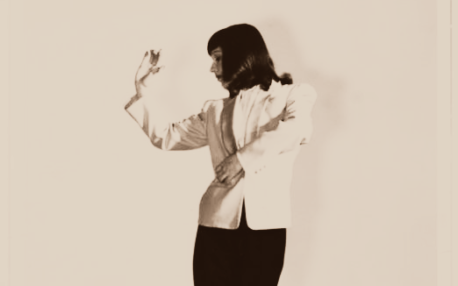 “Her work in ‘The Fundamentals of Good Ballroom Dancing’ ring true today and has been cemented as one of the most insightful works on the subject to date.”