When talking about the world’s greatest dancers, the names of Ruth St. Denis, Martha Graham, and Isadora Duncan come to mind. These women took the dance floor by storm and in the halls of memory, have performed some of the most exquisite dances the world has ever seen.

Here’s what dance enthusiasts should know about these extraordinary dancers, and how these souls influenced dance. We will also touch on the Denishawn school of dance and the impact it made.

Denishawn School of Dancing and Related Arts was an advanced and respected dance school that was founded by legendary dancer Ruth St. Denis. The name is a derivation of her surname and that of her husband and fellow dancer, Ted Shawn.

Founded in 1915, the school influenced some of the most talented dancers of the era including the renowned, Louise Brooks before her acting career.

The school that trained some of the best and brightest dancers closed down in 1931 due to Ruth St. Denis’s divorce from Ted Shawn. The timing of its closure came shortly after the roaring twenties had come to a terrifying close as the economy plunged into ruin. The great parties were over and by the 1930s the public had grown tired of F. Scott Fitzgerald’s rosy descriptions of parties that seemed unthinkable under the crushing weight of the stock market crash.

As such, Denishawn School of Dancing and Related Arts’ closure was part of larger events that led to many dancers who had glamorous careers through the 1920s into obscurity. Here we are going to dust off the pages and shed some light on these incredible dancers who helped make the Jazz Age what it was.

These great dancers were all the rage in years past. People would come from miles around just to get a glimpse of such talent. When on the dance floor. Here’s an overview of the most talented dancers and what we can still learn from a careful study of these illustrious careers.

Born in 1879 in Newark, New Jersey, Ruth St. Denis was 36 when she and her husband started Denishawn School of Dancing and Related Arts. The school was started after she had already gained traction in her career as a contemporary dancer. Not only was her work as a dancer respected, Ruth St. Denis was considered to be a great innovator.

She is said to have influenced nearly every stage of American dance. Indeed, her influence can still be felt today. Any in-depth study of dance will mention her name and outline her work in service of the Art.

Martha Graham was one of the most graceful choreographers in the history of dance. Hailing from Allegheny, Pennsylvania, and born in 1894, she grew up through some of the most exciting times in dance.

One of the defining characteristics of her work, which was the expression of primal emotional intensity. Her work is quite extensive and spans more than 180 creations including solos and large scale productions.

Highly revered as a teacher of choreography, the lessons she imparted to students helped them succeed in dance. One can only imagine what it would have been like to have trained under her.

A student of Denishawn School of Dancing and Related Arts by 1916, she was at one time an acolyte of Ruth St. Denis. By 1923 however, she diverged from St. Denis’s sort of dance philosophy and disapproved of what she called its eclecticism.

By 1924 after a spell with the Greenwich Village Follies, Martha Graham joined the Eastman School of Music which led her to Rochester, New York. Her time in Rochester was prosperous and she came to teach and experiment at leisure.

No proper discussion of dance would be complete without mention of Isadora Duncan, one of the most profoundly talented dancers to hit the stage. A true pioneer, Isadora pursued freer movements in dance that came to influence future techniques.

As a trailblazer, she blasted through some of the stuffiest most stubborn headed resistance to the progression of dance as an Art form. Dancers today owe Isadora Duncan some measure of gratitude for her labors to advance the Art and bring more freedom to dance.

Born in 1877, Isadora Duncan began instructing in dance at the remarkably young age of 6. If that wasn’t impressive enough, by age 10 her classes had grown and she continued her career as an insightful and commanding teacher of dance.

Her time in Europe brought her into blending elements from Greek mythology and Italian Renaissance paintings into her dancing. Her work in Europe gained her the respect and acclaim not only of adoring fans but of her peers as well. One dance at a time, Isadora Duncan became one of the greatest dancers the Western world ever produced.

What Legacy did These Great Dancers Leave Behind?

Legendary dancers like Ruth St. Denis, Martha Graham, and Isadora Duncan left behind a bright and powerful legacy in the world of dance. Students of the art form continue to learn the styles, and innovations introduced by these most talented souls.

We would suggest that anyone looking to get at the heart of what makes dance truly great as an art form visit the teachings of these extraordinary pioneers who led the way so long ago. Time has not marred the value of instruction. Like a fine wine, the insights left behind by these dancers have grown all the more potent and flavorful. 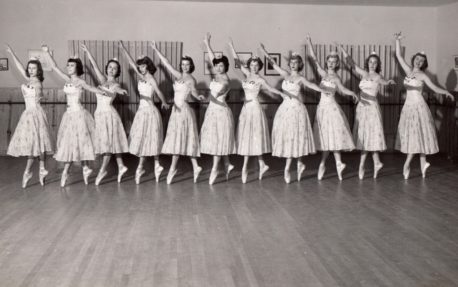 “Born in 1877, Isadora Duncan began instructing in dance at the remarkably young age of 6. If that wasn’t impressive enough, by age 10 her classes had grown and she continued her career as an insightful and commanding teacher of dance.”