Connections Between Louise Brooks, Charlotte Brontë, and the Art of Writing

For film lovers, the name Louise Brooks commands a position of high esteem. The silent film actress was a breathtakingly talented woman who achieved impressive acclaims in dance and literature. Charlotte Brontë, a towering literary figure, created nothing less than art when she introduced ‘Jane Eyre’ to the world. Here, we examine what these two highly revered figures share in common.

Most will know Louise Brooks for her unforgettable performances in silent film, especially from the works of Austrian director and cinematic artist extraordinaire, G.W. Pabst. She captivated audiences in films like, ‘Diary of a Lost Girl,’ and ‘Pandora’s Box.’

There were several important traits that set her apart from the average slew of young actresses. Louise Brooks was highly intelligent, well-read, and refreshingly independent. It is in her flair for independence that we find a connection to Charlotte Brontë’s character, Jane Eyre.

Charlotte Brontë, the Writer Behind the Genius of ‘Jane Eyre’

Charlotte Brontë was a brilliant author who defied the limitations men had put on women producing written work. Writing under the guise of a male name, Currer Bell, she crafted one of the most magnificent works of literature ever seen. The character of Jane Eyre is one of the most intriguing and dynamic ever to be brought to life on the printed page.

Although Louise Brooks is well-known for her work as an actress and dancer, her writing is among some of the most eloquent ever penned. Charlotte Brontë’s writing, while certainly distinct, shares certain qualities with that of Brooks.

Both of them were exceptional at capturing a feeling or a mood. Brooks, who mastered the conveyance of emotion on the screen brought the same power to literature. Her descriptive quality was also most impressive.

Brontë’s ‘Jane Eyre’ has stood the test of time. Written works by Louise Brooks such as, ‘The Fundamentals of Good Ballroom Dancing,’ and, ‘Lulu in Hollywood,’ have also proved to be quite worthy of revisiting so many years after being written.

Brooks’ ‘Lulu in Hollywood’ is a breathtaking autobiographical account of her time in Hollywood. Like ‘Jane Eyre,’ it is just as thought-provoking to read today as it was so many years ago when first published.

What Charlotte Brontë, Louise Brooks, and the Character of Jane Eyre Have in Common

We don’t have to look particularly closely to infer that there are some strong and undeniable similarities between Charlotte Brontë, Louise Brooks, and the character of Jane Eyre. All of them are remarkably unique as individuals yet several qualities tie them together.

Jane Eyre, the protagonist of Charlotte Brontë’s book of the same name, was fiercely independent and had a penchant for defying social norms, a quality that stood out in 19th-century literature. It could be said with some accuracy that Louise Brooks was a rather independent soul. Unlike countless actresses of the day, including many of her peers, she distinguished herself for refusing to sleep with film producers to advance her career. She built a marvelous career not only on her beauty but also a great deal of talent that anyone picking up one of her films today can readily appreciate.

One of the most direct and irrefutable parities between Brooks and Brontë is that both of these incredibly talented figures were tragically overlooked at times. The films of Louise Brooks were swept under the great and unrelenting waves of history until rediscovered when attention graced her once again. It first happened in the 1950s when Henri Langlois proclaimed her to be greater than the likes of Greta Garbo and Dietrich. Kenneth Tynan’s revealing 1979 essay, ‘The Girl in the Black Helmet,’ published in The New Yorker, also served to bring her back from the depths of obscurity.

Brontë captured that sort of independent spirit in a quote, “I am no bird, and no net ensnares me; I am a free human being with an independent will.”

Indeed, the very spirit of that line hearkens to Louise Brooks who refused to be tied down or restricted by bourgeois rigidity. Brooks was quite familiar with the idea of independent will from her reading of Schopenhauer. Reading Schopenhauer shocked society, as they weren’t accustomed to young pretty girls reading complex literature.

Charlotte Brontë was once woefully overlooked, especially in her own lifetime. As a literary artist, few compare to her brilliance on the page. Her mastery of representing the shades of human emotion is simply extraordinary. Despite this, she was not given an obituary in the New York Times. It was her husband, a pastor, whose obituary was featured in the revered publication after he dies nearly half a century later.

By uncovering the works of Brooks and Brontë, the world happened upon a treasure trove of artistic brilliance that is truly timeless.

Thymian, Brooks, and Eyre, a Comparison

Thymian, one of the most iconic characters played by Louise Brooks in Pabst’s silent film, ‘Diary of a Lost Girl,’ went to a reformatory school. Charlotte Brontë’s Jane Eyre also attended reformatory school and both characters witnessed the drudgery and social oppression that these schools represented for women.

Another commonality between Brooks and Eyre is that in a sense, they both ended their stories in Rochester. In the case of Brooks, it was in Rochester, New York, after being invited to relocate there by James Card while Jane Eyre concluded her story in the company of Mr. Edward Rochester.

Capturing a Master of Cinema Thru Literature, Tynan’s ‘The Girl in the Black Helmet’

Kenneth Tynan’s essay, ‘The Girl in the Black Helmet’ did much more than help bring Brooks out of the depths of obscurity, it also served as a masterpiece in its own right. Tynan’s essay has a cinematic flow to it that plays out frame by frame as he spoils readers with priceless details on the famed actress.

He gives plenty to savor including Brooks’ thoughts on such luminary figures as Charlie Chaplin. In the end, however, he leaves us wanting, still yearning for more. Evoking Roman Polanski’s ‘China Town,’ it is that inconclusiveness that keeps the fire of interest in Louise Brooks alive and well.

Both the film and literary world can still feel the power of Louise Brooks and Charlotte Brontë’s influence. For those of us who take a deeper look back into the lives and artistic creations of these two, we stand to learn something not only about them but about ourselves. The same independent streak that characterized Brontë’s beloved character Jane Eyre and Louise Brooks still resonate today.

We can also simply admire these two women. Louise Brooks is as much of a delight to read on the page as she is to watch on the screen, while Charlotte Brontë’s work speaks to us in ways that few authors ever have.

What both Louise Brooks and Charlotte Brontë captured on the page was as precious and wondrous as capturing the soft glow of moonlight on the open water. We are unlikely to see such awe-inspiring individual talent again, but we have the comfort of revisiting it in the works that Brooks and Brontë produced. 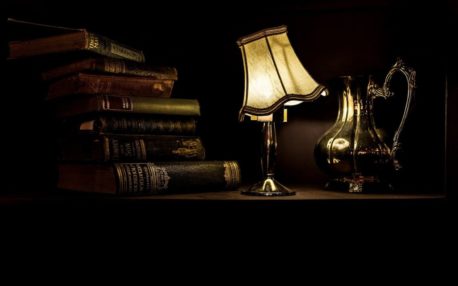 “Thymian, one of the most iconic characters played by Louise Brooks in Pabst’s silent film, ‘Diary of a Lost Girl,’ went to a reformatory school. Charlotte Brontë’s Jane Eyre also attended reformatory school and both characters witnessed the drudgery and social oppression that these schools represented for women.”