The brilliant yet somewhat obstinate story of Lolita from Vladimir Nabokov’s 1955 publication often comes up with discussing controversial literary works. The tale focuses on Humbert Humbert, a professor of literature who becomes intimately involved with a pre-teen girl after seducing and marrying her middle-aged, widowed mother.

Although stories like this have been a part of literature for centuries, Nabokov’s piece was always considered to be an original work of fiction. Literary scholars have studied this along with his other work over time.

However, in 2005, a literary critic created controversy when he made claims that Nabokov’s Lolita wasn’t original and may have even been stolen.

The Claims Against Nabokov’s Original Work

Michael Maar, the literary critic who made the claims against Nabokov’s work, argued that the writer may have come up with the idea for Lolita after reading the little known 1916 German short story of the same name.

Although the German tale has a very similar plot, it didn’t have the same creativity and enchantment as Nabokov’s story. Also, the fact that Nabokov didn’t speak German makes this claim a little less believable.

While this claim may be easy to rule out, there are others that make more sense. Such as the idea that Nabokov could have drawn his inspiration from the surrealist artist Salvador Dali.

How Salvador Dali is Linked to Nabokov’s Lolita

The story was published in 1931, nearly 15 years before Nabokov’s Lolita. Dali’s story tells about the fantasy of a middle-aged painter, instead of a professor, who makes plans to seduce an underage girl after he attempts to get her mother to fall in love with him.

Having a similar plot isn’t the same as copying an idea or stealing a story, however, the girl’s name in Dali’s story makes the claim more viable, since it is “Dullita”.

The argument that Ungureanu makes is featured in the book “From Paris to Tlon: Surrealism as World Literature,”. The Harvard assistant director’s claims do not stop with the similarities between Dali’s tale and Nabokov’s. She also states that Dali’s form of Lolita shows up once again in his work, this time in his memoir, “The Secret Life of Salvador Dali”.

Children’s author Jan Wahl met Louise Brooks when he was still a struggling writer. Brooks, the former silent film star was twice his age, yet the two seemed to have a lot in common that sparked their long-lasting friendship. They corresponded with each other through handwritten letters over the course of 20 years.

Their desire to write is what drew the pair together and kept them connected. This is the theme of the book Dear Stinkpot: Letters from Louise Brooks, written by Wahl.

Their love of writing as well as discussing books and authors is brought up frequently in Dear Stinkpot. There is also a good number of letters that focus on Vladimir Nabokov. Jan Wahl had taken classes with Nabokov while attending Cornell University. He was also an advocate to Nabokov when he was writing Lolita.

During the time of this correspondence, Brooks was busy working on an essay titled “Girl Child in Films”. She had read Lolita and at the time being, disliked it. However, over time she began to grow fond of Nabokov’s work. She even suggested that Wahl pass along her 1951 autobiography Naked on My Goat. She described the short story as her own version of Nabokov’s Lolita.

The Parallels Between Pandora’s Box, Diary of a Lost Girl, and Vladimir Nabokov’s Lolita

Throughout Wahl’s Letters to Stinkpot collection, Louise Brooks rarely speaks of her own career and her time as a silent movie star. Occasionally she would reference her work in G.W. Pabst’s Pandora’s Box where she played her most memorable role of Lulu. She also mentioned her roles in Diary of a Lost Girl and other films such as Beggars of Life.

Could there be a connection between Louise Brooks’ life and the fictional tale written by Nabokov? Since Wahl was the author’s classmate, is it possible that his experiences with the famed Hollywood star helped to influence his advice for his controversial classic?

The reason why this is a theory is because of Brooks’ childhood being so similar to the theme of Lolita. She made the most out of a terrible situation that changed her way of thinking and her overall sexuality when she was molested by a much older man at the age of nine.

She refers to her molester as “Mr. Flowers” in her journal entries and letters, sometimes also as “Mr. Feathers”. She stated that because of those events, she always looked for some type of domination that she could fight against. Which makes the scene in Pandora’s Box where she violently bites the hand of her lover even more powerful than it already is.

Louise Brooks’ lifelong addiction to alcohol is also linked to her abuse as a child. Taking on roles such as these that reflected her own struggles in life helped her to gain the reputation of an extremely talented actress, but at what cost to her own sanity? She is seen as a martyr by many who understand her story, and the passion that she put into each role she took helped her to gain bigger and better roles overall. Her role in the comedy A Girl in Every Port was viewed by Pabst and helped her to gain her most memorable role of Lulu in Pandora’s Box.

Whether it was based on the tragedy of one of Hollywood’s early actresses, taken from the hidden works of Salvador Dali, or simply a figment of his imagination, it is safe to say that Nabokov’s literary classic Lolita will be remembered for generations to come for its uniqueness, creativity, and the way that it has sparked conversations among literary experts. 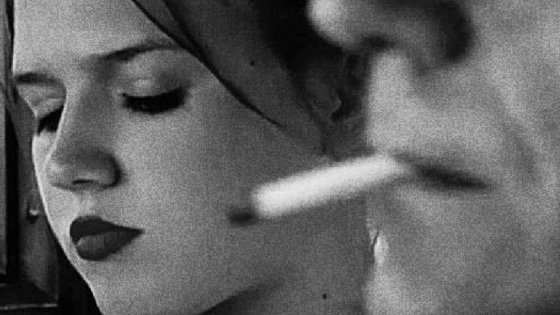 “She had read Lolita and at the time being, disliked it. However, over time she began to grow fond of Nabokov’s work. She even suggested that Wahl pass along her 1951 autobiography Naked on My Goat. She described the short story as her own version of Nabokov’s Lolita.”