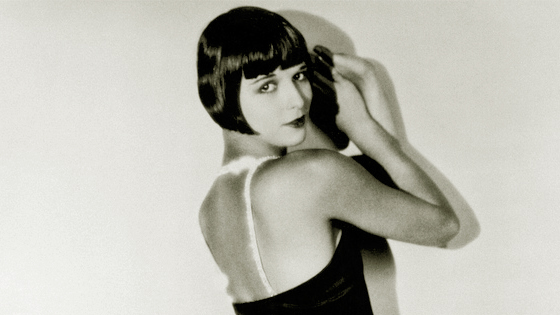 All About Brooksie: Discovering the Art of Lulu

While Louise Brooks was a symbol of the silent film era, her talents extended beyond the stage and movie set. She was also a writer and accomplished dancer, as well as a symbol of beauty and rebellion.

Mary Louise Brooks was born in Cherryvale, Kansas, on November 14, 1906. Brooksie, as she was known throughout her childhood, began dancing with the Denishawn Dancers in 1922 when she was just 16 years old. She was dismissed in 1924 and became a chorus girl in a Broadway series called Scandals.

In 1924, Louise left for Europe before returning to New York the next year; she went on to join the Ziegfeld Follies on Broadway. When Hollywood came calling, she answered, and then went on to make silent films that would help to define her career. A Girl in Every Port premiered in 1928 in New York and was directed by Howard Hawks.

Her classic bobbed haircut, independent spirit, and trendsetting fashions became an inspiration for women all around the world. As the flappers of the 1920s donned shorter skirts and rebelled against social norms, Louise Brooks was a stylish representative of who they were.

Although she rarely granted interviews, she did agree to take part in documentaries like Memories of Berlin: The Twilight of Weimar Culture and Lulu in Berlin, filmed ten years before her death and released in 1984.

Several pieces of fine artwork that captured Louise’s image were completed over her lifetime and have been reformatted into digital artwork pieces by Vintage Brooks. They include:

​• Louise Brooks: This shot was originally taken by Eugene Robert Richee, a famed studio photographer, in the late 1920s. A new rendition by Vintage Brooks takes the original piece and turns it into modern, digital artwork. Products are available in canvas, framed, acrylic, and metal prints, just to name a few.

• Louise Brooks in Hollywood: When fans of Brooksie want a picture that shows her true self, this is the one to get. This portrait of the writer, actress, and dancer in statement jewelry and a patterned dress is thought to have been taken around 1927. In addition to prints, devotees can also secure a tote bag, phone case, and shower curtain.

•   Louise Brooks in Berlin : This digital art offering shows Louise Brooks as Thymian Henning in Diary of a Lost Girl (1929). It can be purchased in canvas print, framed print, and normal print format.

Books written by and about Louise Brooks. They include:

•  Dear Stinkpot: Letters from Louise Brooks (by Jan Wahl): Wahl and Brooks had a special, twentysomething-year relationship that they strengthened in part through letterwriting. Their letters, showcased in this collection, offer fans a personal glimpse into the lives of two people with an enduring friendship who also had their own challenges that often spilled out onto the paper.

Wahl and Brooks met in 1956, he a poor aspiring writer and graduate student. Within the correspondence are mentions of Vladimir Nabokov, a Russian author whom Wahl admired and was taught by at Cornell University. In time, Brooksie too grew to appreciate Nabokov’s writings and hoped that Wahl might pass on to him her autobiographical short story, “Naked on My Goat.”

•  Louise Brooks Biography: Lulu Forever (by Peter Cowie): Noted author and film historian Cowie takes us into the life of a celebrated icon who corresponded with him for almost 20 years. Those who love Lulu will appreciate the books’ offerings of rare movie footage still shots and private photos, as well as a collection of letters.

•  Lulu in Hollywood (by Louise Brooks): Louise’s own autobiography will enchant readers as they dive into personal essays about her childhood, life as a dancer, and time as a Ziegfeld Follies “Glorified Girl.”

Two of Louise’s films, Diary of a Lost Girl and Pandora’s Box, offer just a glimpse of her talent and silent rebellion against the social norms of the day. Diary features the star playing the role of a naïve young girl named Thymian who becomes pregnant against her will by her pharmacist father’s business associate. She then leaves her baby with a midwife before eventually ending up in a high-class brothel. The film is the second collaboration with director G.W. Pabst.​

Pandora’s Box is available in a 2-DVD collection and is also directed by Pabst. This film follows Lulu, a showgirl, in her downward spiral as she journeys from dancer to streetwalker. The late 1920s Berlin provides the background for the story of an aspiring star who ends up in destitute London before picking up her final client, Jack the Ripper.

In addition to films, avid fans of Louise Brooks will also love the selection of movie posters, handwritten letters, and photos that showcase the actress as she really was.

Sites like YouTube and Facebook provide great opportunities for fans to connect, watch short snippets of film, and find links to their favorite items for purchase. The Vintage Brooks YouTube channel is an excellent resource, and you can visit and interact with the Facebook page.

​For additional products and gift ideas, browse the selection at Vintage Brooks to see what you need to complete your collection, or what you would love to give as a gift to an avid Brooksie fan in your life.

“More than just a pretty face, she was also an avid reader and researcher. In addition to her autobiography, she wrote film magazine articles, many of which are included in Lulu in Hollywood.”